In January I gave a talk at DeFi Alliance about how to optimize for luck as an entrepreneur. I believe that luck determines anywhere between 25-90% of your success, depending on the industry (e.g. in consumer it’s definitely on the higher end of the spectrum).

I think of luck as seemingly arbitrary things that happen to you along the course of your life. In my experience, there’s definitely a way to increase the likelihood that these arbitrary things occur more frequently in your favor. The primary way to do this is to increase your surface area. As an entrepreneur just starting out, think of yourself and your life as a two-dimensional shape. There’s a lot you don’t know: people, information, how to do things, etc. You don’t have a ton of surface area. By increasing your surface area and transforming into a three-dimensional object, you exponentially increase the chances of becoming lucky.

These are some of the things I’ve found helpful to increase your surface area:

Share your work. I was lucky to break into tech. I graduated in 2009 in one of the worst job markets in recent history, right during the Great Recession. As an undergrad, I was the Publisher of a student-run guidebook to NYC that was distributed to incoming students across most NYC colleges. I carried copies of the book with me wherever I went. I gave one copy to one of my best friends from high school, who happened to share it with his uncle at a family reunion who happened to be John Maloney, the President of tumblr. John reached out and offered me a job doing the stuff he didn’t want or have the time to do. My other alternative was doing Teach for America in middle-of-nowhere Louisiana. While it would have been a noble endeavor indeed, my life would have likely looked a lot different. I got lucky because I relentlessly shared my work.

Partner with good humans. A good way to increase surface area is to partner with people that are great humans. What’s more than one three-dimensional object? Two of them! Solo founders live a tough life. By having more people deeply invested in your success with aligned incentives, your surface area grows. Partnering with Steve over the years has massively increased my luck.

Share your ideas. Ideas are the things that happen before you do the work. Sharing them is a great way to know where to invest your time and energy. When I was at tumblr I was going to leave to pursue an idea called rec.io. It was a recommendation engine to “find and share recs with people you know and trust.” It’s a shitty idea. Tons of people have tried it, and I got enough feedback on it to dissuade me from pursuing it. I was lucky because I would have wasted my most valuable asset had I not shared it – time. 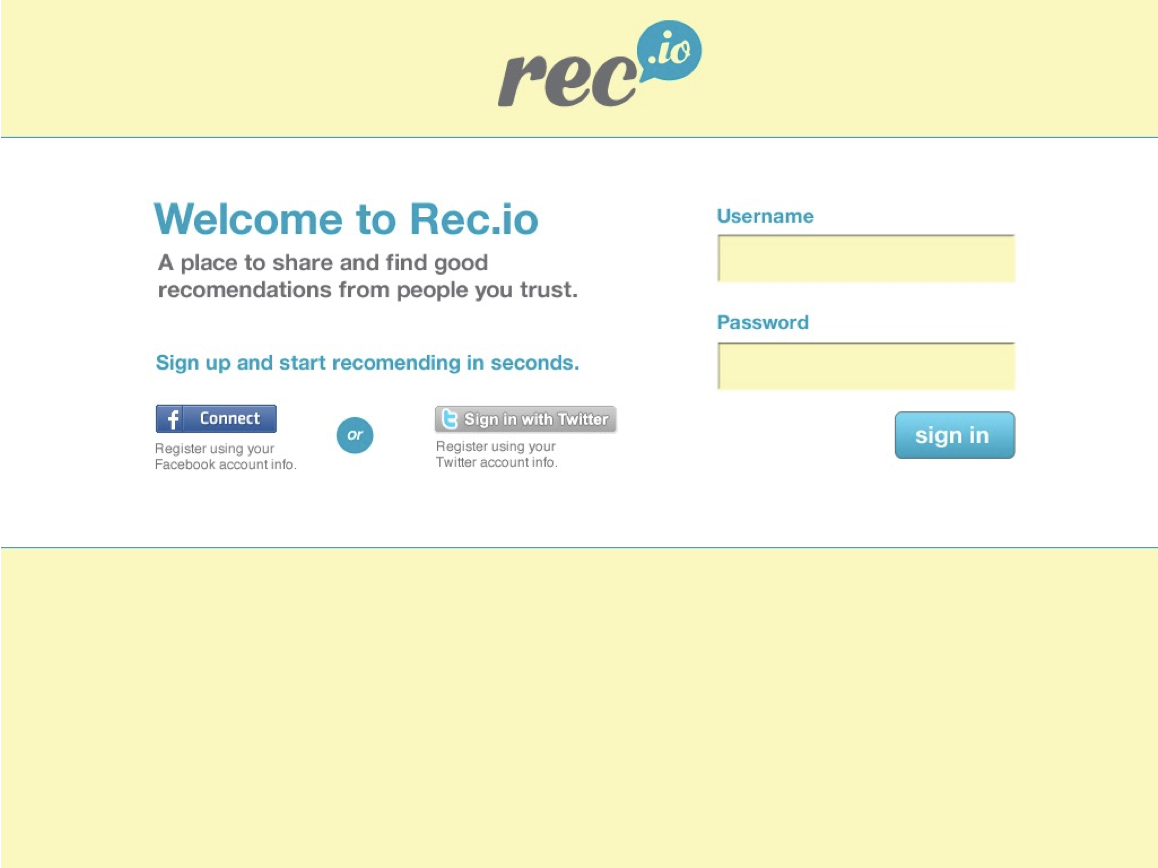 Groop.ly was what we called GroupMe before it was GroupMe. Steve and I shared that idea before going all in. We got tons of positive feedback, quickly built a prototype in a night, and it took off immediately.

Network shamelessly. The bigger your network the more people you can share your ideas and your work with, the broader your surface area grows. We built GroupMe at a hackathon at TechCrunch Disrupt. We ran around the conference demoing the app to anyone who had ears and wasn’t totally freaked out by us. Two of those people, Charlie O’Donnell at First Round and Ron Conway at SV Angel, became our first investors and helped put together a syndicate for us.

Find your advocates. Having strong relationships with your mentors and previous bosses can go a long way. John Maloney, my boss from tumblr, told me to pursue GroupMe and that he would write a check for it. He also made the introduction to Andy Weissman who gave us our first term sheet. Kevin Ryan was the CEO of Gilt Groupe (where Steve worked) and pushed us to pursue GroupMe and take an investment from Gilt. Both of our mentors supported us and created a safety net for us to take a risk. We were lucky we had people who cared about our success and were there to help.

Pay it forward. I’ve invested in five different companies founded by previous employees of Fundera and GroupMe. I’ve helped them raise capital, hire people, and acted as a sounding board as they navigated their way from zero to one. One of them recently sold his company for more than what both my companies were acquired for combined! Doing good things for people always comes around. Help your peers and help your employees. If you pay it forward your surface area will grow: people will naturally tell their friends about you and then they will also want to work with you.

Get Alpha. One of the ways we survived at Fundera was by making sure the best brains in the industry were focused on helping us and on our board. One of our board members, David Weiden, was on the board of GroupMe. Two others, Frank Rotman and Scott Feldman, were on the board of Credit Karma. They were able to help me understand how to be successful by sharing intel on market comps, potential partners, other investors who were active in our space, etc. The knowledge and help of the best people in your industry is another vector to expand your surface area.

Always be recruiting. The same way you want to recruit great investors, advisors, and mentors, it’s even more important to recruit great colleagues. Recruiting never stops. You always need to be doing it. The only way you will be successful is if you have terrific people working on a focused problem together. Many of the best people I’ve worked with over my career I’ve spent anywhere between 6 to 48 months recruiting. Surrounding yourself with exceptional people massively expands your surface area. Their luck is your luck when you’re on the same team.

Know your exits. It’s critical to know who may buy you one day. Things don’t always go as planned. Actually, things normally don’t go as planned. No matter how many things you do to expand your surface area, you can and will still get unlucky. Forming relationships with execs at the companies that could be strategic acquirers can give you optionality when the time comes to sell. More importantly, it also increases the likelihood that someone will come and knock on your door and try to acquire you (which is usually always better than deciding to hire a banker and sell your company). Both GroupMe and Fundera were acquired by companies where I had direct relationships with the execs that had been nurtured for a long time.

Don’t be an asshole. This is the one “don’t” in the group. It’s self-explanatory. Assholes expand the surface area for bad things to happen to them. The climate for entrepreneurs has been incredible for the past 5-10 years. It has been remarkably founder-friendly. Unfortunately, that’s produced a lot of people that are super cocky and have nothing to back it up: there’s little traction, utility, value, or previous experience. Do not confuse being good with being in the hottest market at the frothiest time in tech history. Be humble. Karma is real.

Be a good person. When you care about other people, help other people, act with integrity, humility, and pay it forward, you increase the likelihood you win. Being a good person can actually be a selfish endeavor and that’s okay. In my experience, I’ve continuously seen wonderful things happen to great people. Life is not a zero-sum game, nor is success. The more people in your orbit that win, the more likely it is that you will, too. A rising tide lifts all ships so be a force for that tide to rise and you will, too.

There are plenty more things people can do to expand surface area, but this is a good start and the things I know from my own limited set of experiences. I hope you can put it to good use!